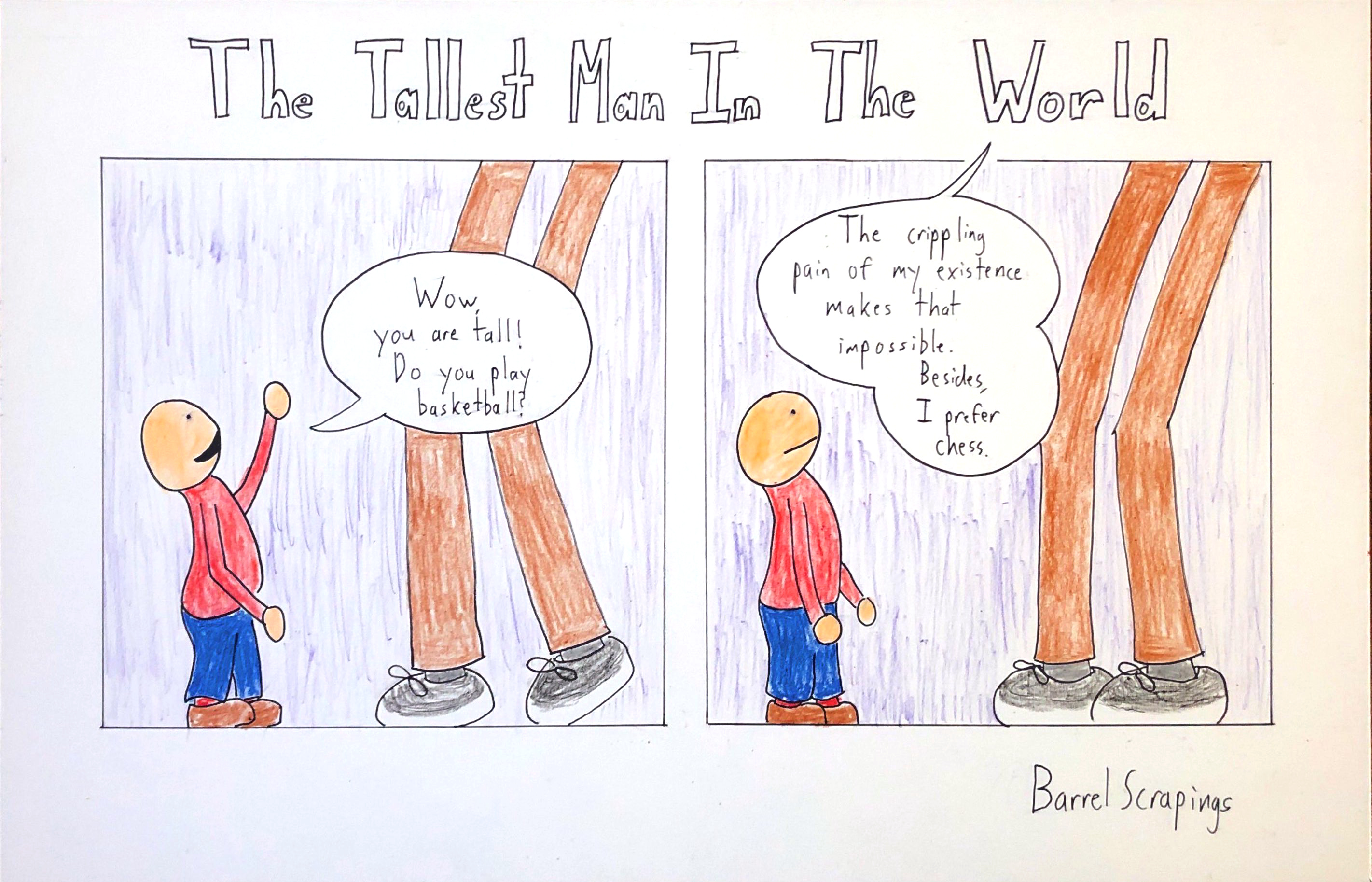 I meant for the ‘pain’ of the tall guy to be physical rather than metaphorical. But both work, I guess. I wanted to do something less detailed, realistic. This may be a bit too far in the cartoony direction. I don’t know.

It’s been awhile since I’ve done something non-digital and it’s nice in some ways (tactile, less likely to overwork for hours for minimal improvements) but frustrating in others (much harder to fix mistakes).