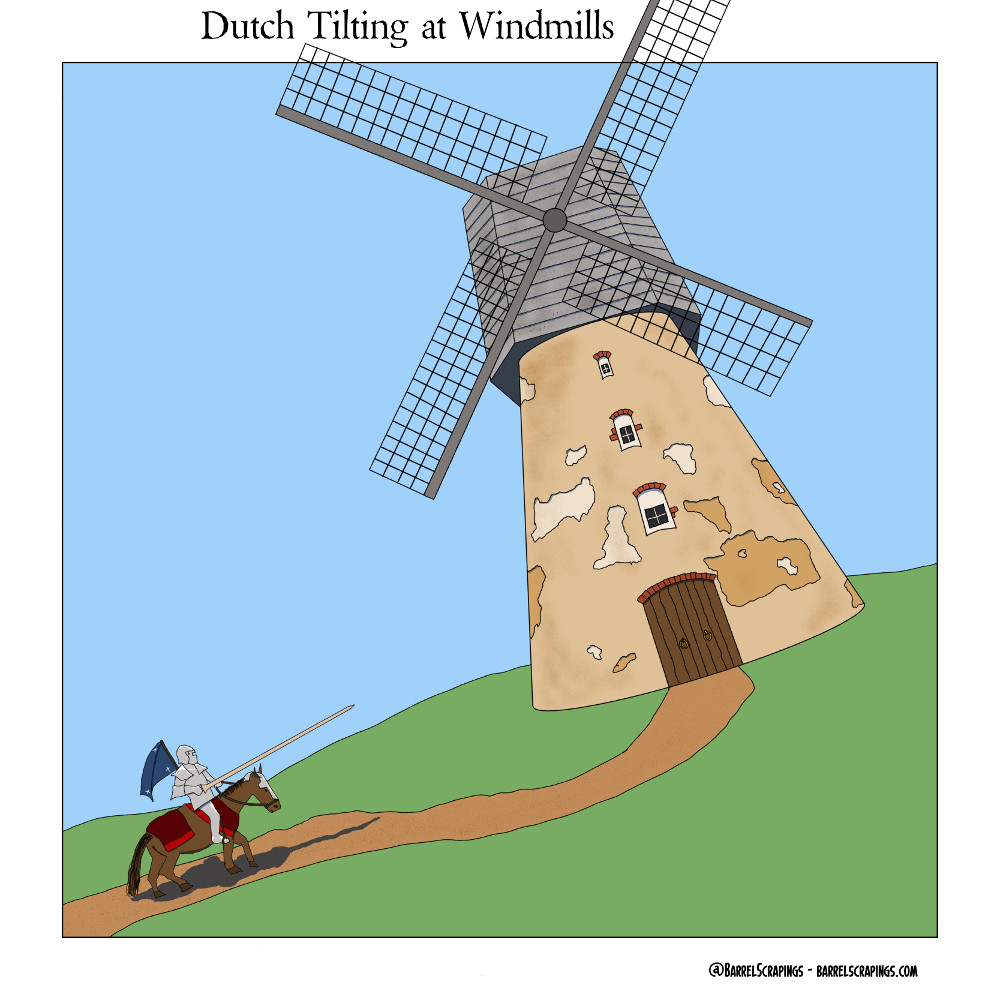 A “Dutch tilt” or “Dutch angle” is a film technique that involves rotating the camera so that the horizon line isn’t level. (Kudos to my brother Nathan for telling me about it). The following video uses a scene from Mission: Impossible to illustrate why and how it’s used: I am still learning the “Comic Draw” app, which I really like, but whose screen recording functionality is much flakier than Procreate.

Here is the original sketch I did in Procreate: 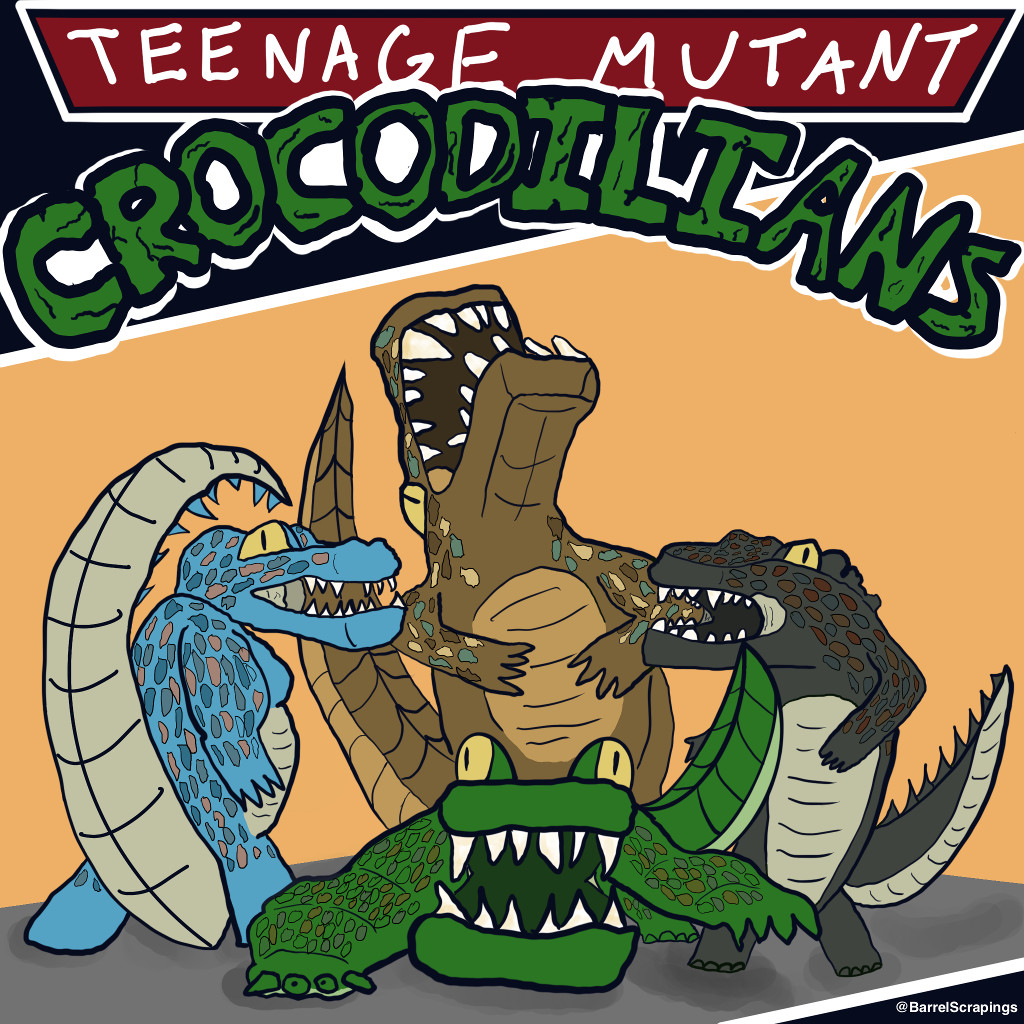 When I watched Tiger King, there was a section about dead crocodiles. One of the interview subjects described them as “Crocodilians”; I thought that was a funny turn of phrase. Later I had a dream in which I heard the Teenage Mutant Ninja Turtles theme song with Crocodilians substituted for Ninja Turtles. By the way, it turns out crocodilians is a real word and not a neologism; see Crocodilia on Wikipedia.